DEAR PEOPLE WHO READ THIS BLOG:

We gots news. A few people have been asking me about what's going on with the Jean-David pages I posted a while back. I'm currently finishing the first draft of the story for which those images were a style test (it's several hundred pages) and will be taking the draft to a thing this fall to work on it further. I'm not allowed to talk about the thing unless I get permission from the people who run it, and I haven't, so I won't. But I'll get to work on my comics alongside and with some of my favorite creators.
I'm taking an extended trip back to the motherland to work on the book, starting September 1st. I'm gonna try to post every day while I'm down there. We'll see. Like the book, the trip starts in New Orleans and heads north.
Also, I've been making a movie. That'll be done in November. Ish. You can see some of that work here. I don't want to post any of it on this blog, since I'm trying to focus on comics... Even though I spend most of my time working on illustrations or that film. The movie has been, so far, the longest, most stressful, most difficult artistic commitment I have ever made. I have never spent so much time on any one thing... I often wonder if it's actually worth it. When it's finished, y'all can let me know.
Until then, here's a picture I did for my brother. He's a linguistics student, and is compiling a dictionary of terms exclusive to New Orleans for school which features the illustration below. We are a family obsessed with it's own heritage. 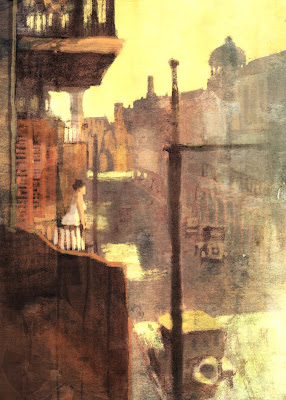 If I ever end up in New Orleans I sure hope that it looks this cool in person.

Your life is exciting! I am envious. Also, very nice illustration.

Stellar. Kudos to you Jake... When you can talk about what you are not talking about, I'd like to know what you are talking about. Hope all works out sunshine and rainbows, dude! (Or comics and awesomeness...) If you know of any illustration-y jobs, I'm desperate for a job. Thanks man.

whoa all that info is really cool...a graphic novel??? sounds amazing! I am still in GA but I will let you know if I'm in the provo area before you leave! Later.

This is beautiful! Good luck on all your projects. How exciting.

Am I the only one who wants to know the process of how you did this?! please, shoot me a quicky email if you get the chance!