Henry Darger is the creator of a dense, laboriously illustrated, 15,000 page  epic detailing The Story of the Vivian Girls in What is Known as the Realms of the Unreal.  He created the work over the course of sixty years.
He never showed it to anyone.
Ever. 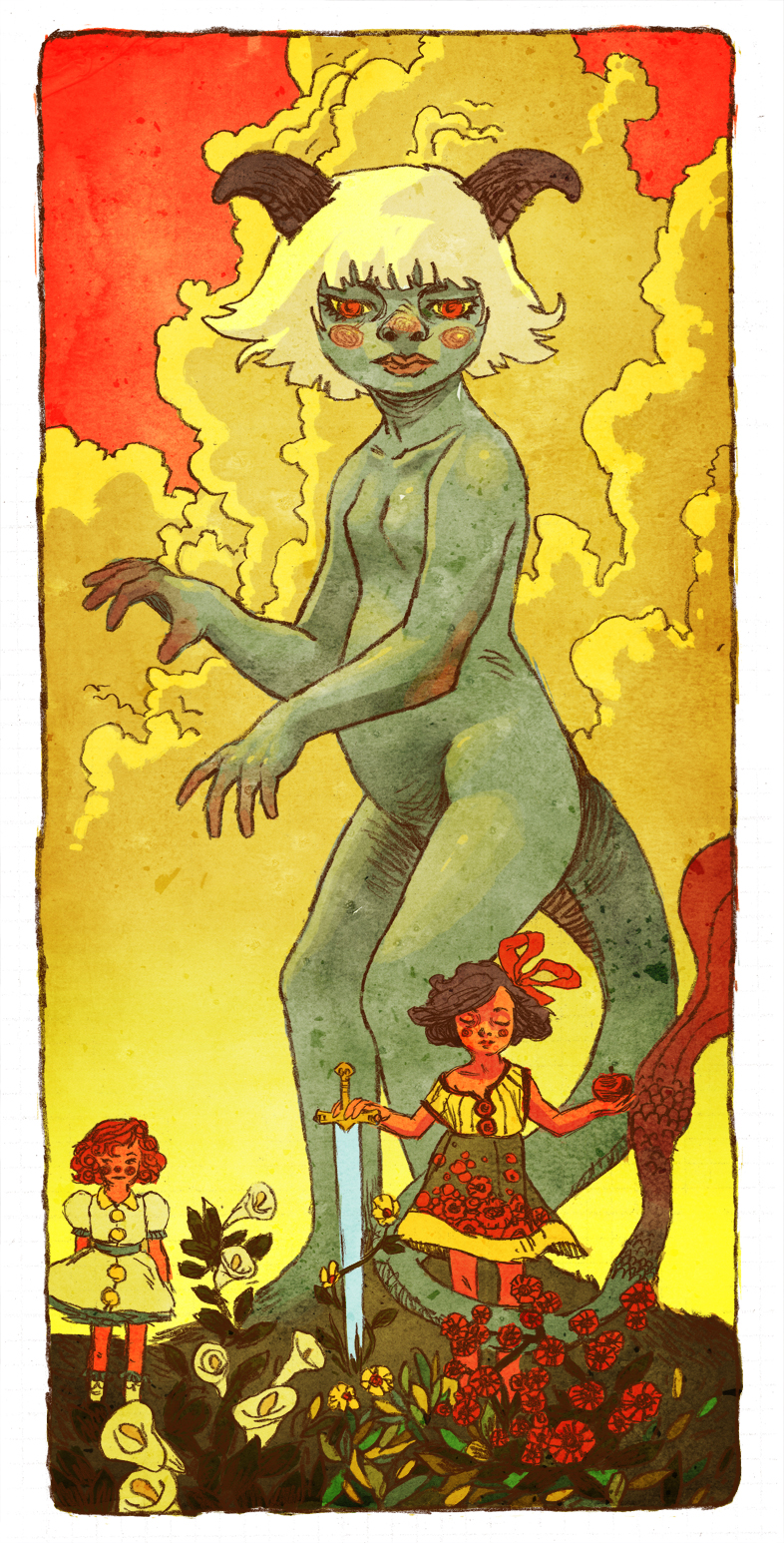 Darger's paintings are singularly beautiful.  They have something of the elegance of a Japanese wood-block, the scale and ambition of a Ruebens epic, and a naiveté that makes them at once charming and deeply upsetting.
He was a hermit, a recluse, with no social involvements to speak of.  He lived with his art, gave it all of the time and money he could manage between his job as a hospital janitor, and his devoted practice of Catholicism.
I don't know why Darger made what he did, why he kept it to himself, why he chose to burrow into his imagination rather than seek the association of people.  I don't know that he could have made other choices had he wanted to.  But it lends a kind of purity to his work.  It is a strange form of worship, some kind of saint-like religious ecstasy that flows from the pages of scribbled prose and thickly patterned illustrations.  It's also the voice of a trapped and lonely man, desperate for companionship he would never know.
It's a beautiful voice.  Sad, and defiant, and beautiful.
Posted by JAKE WYATT at 3:45 PM

I saw a documentary about Henry Darger several weeks ago. Really interesting stuff. He may have had a lonely life, but he won't be forgotten.

Still cool though, your style and colors really seem to serve the material well.

Just looked through a huge book of his. Deeply upsetting describes a lot of his work, doesn't it? I both envy and pity artists that completely isolate themselves.

I'm not going to lie that female demon dragon is quite disturbing, but very well designed and executed!

Jake- I am happy you brought this guy's bizarre and fascinating life to my attention, yo.

I think you nailed the unsettling phantasmagoria of his subject matter. Your style didn't quite metamorph to his. Which is fine. It's a fan art, not necessarily an emulation.

Darger is fascinating, isn't he? Gotta love all the weirdly androgynous characters...

You're comments thing is acting weird. I just accidentally posted three times, deleted two and then all three were gone.

It adds to the surreality of the post, though.
Nice touch.
What I was going to ask, was - how do YOU know about him and have you read that epic?

Dager Fan! You might really be interested in supporting this campaign to develop a play about Darger--his life and his art!