Thanks to all the people who had kind things to say about the little story I've been posting.  Working on getting more of that out.

In the meantime, I'ma answer some questions that I've been getting a lot of lately.

WHEN IS HAWAIIAN DICK COMING OUT?

I dunno.  I'm gonna be done with the interiors by February of 2012. Unless the Mayan Apocalypse befalls us before then.  It's a race!  I don't know how or when Image plans to release the book, but I'll keep y'all posted.

Yes.  Soon-ish, even.  It's embarrassingly simple, but I will do it.  Probably next week.

WHY DON'T YOU DRAW IN INK?  YOU KNOW THAT COMICS ARE DRAWN IN INK, RIGHT?

As the last survivor of a distant alien race, I have a near-lethal ink allergy.  When I fell to your earth, scientists claimed that I would never be able to draw comics.  But the light of your yellow sun lends me the power to draw with graphite and black prismacolor pencil.

Thanks for your questions, earth-men. 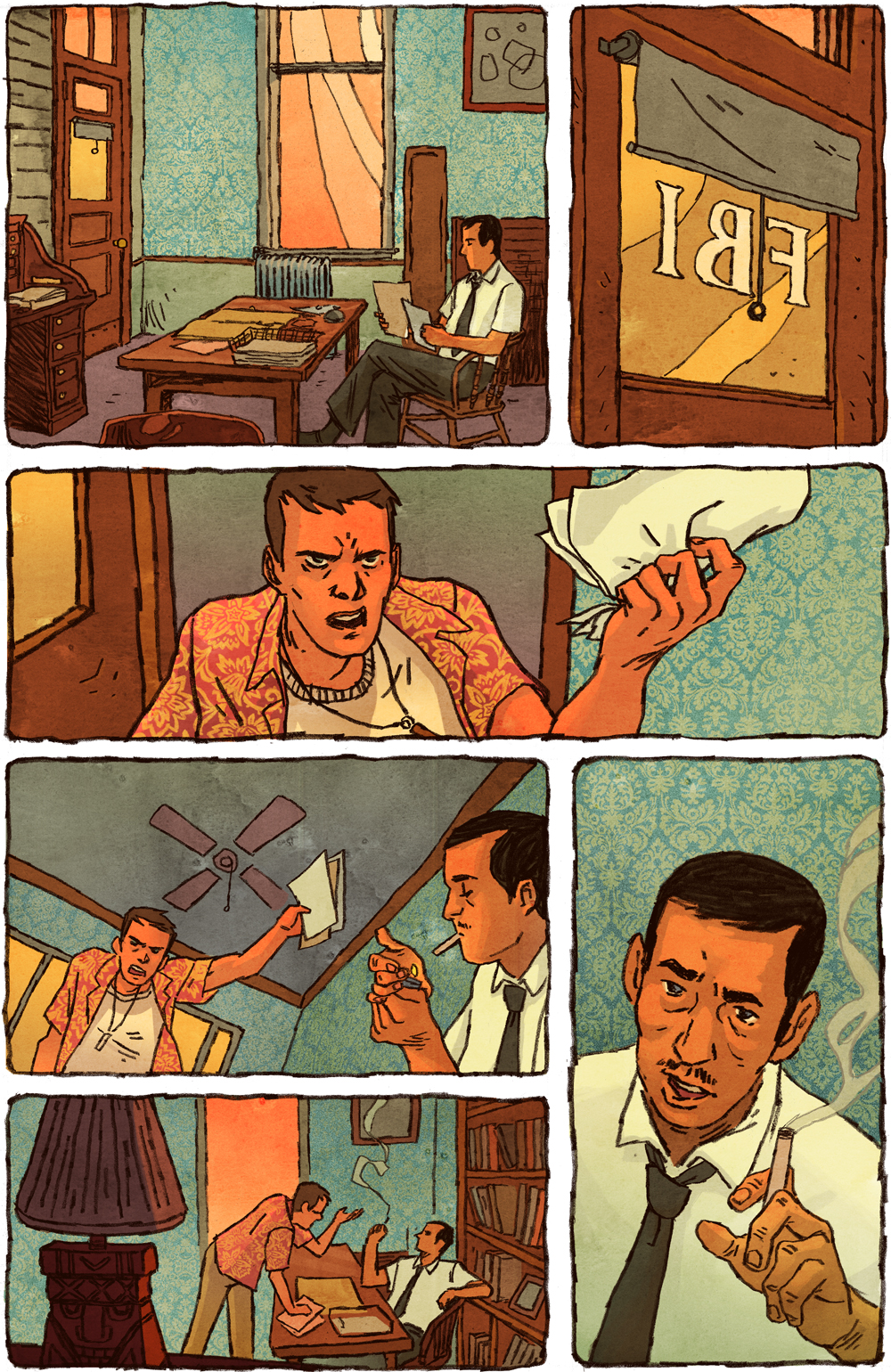 I must confess: I really really love that ceiling fan.

And who was asking why you don't use ink? The pencil-work is so awesome, fresh and organic. Can't wait for the process post(s)!

Consider me psyched for the comic.

And I have to explain to people why I draw in pencil and not ink all the time.

And stay away from ink--it's poisonous. I know because it has filled my soul with...poison.

Comics aren't drawn in boogers? Stay away from boogers - they filled my soul with... boogers.

I had to make a dumb comment to balance out the AMAZING comment Sam Bosma left on your blog.

Please tell me that you used computer trickery for that wallpaper, and not brute cartooning force.

Yeah I don't get the ink thing, the only comic I've stumbled upon that was done in graphite is Empowered.

I really enjoy how the pencil makes the process personal.

Darn, Anthony beat me to the earf jibe.

Yeah, comics drawn in ink are drawn in pencil FIRST, duh. And so often are they ruined in the process. I love teh pencil.